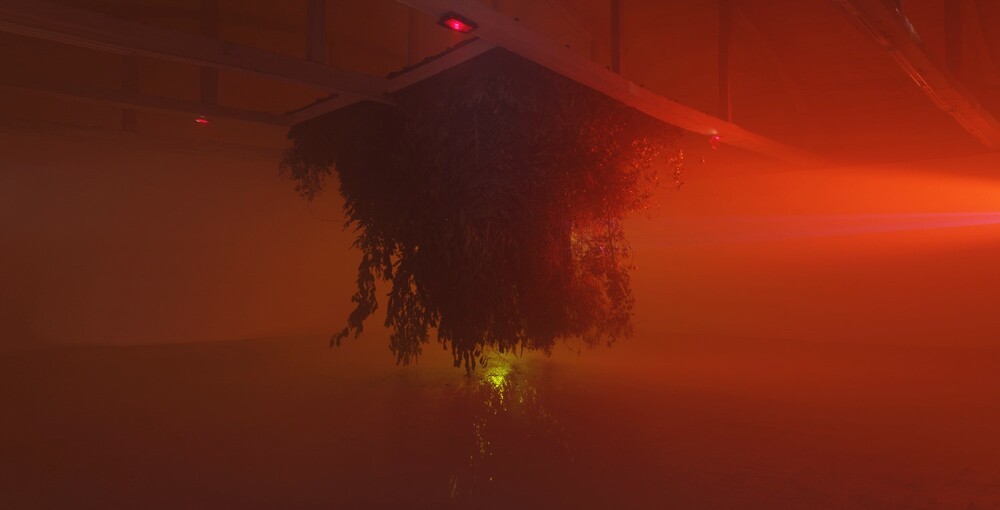 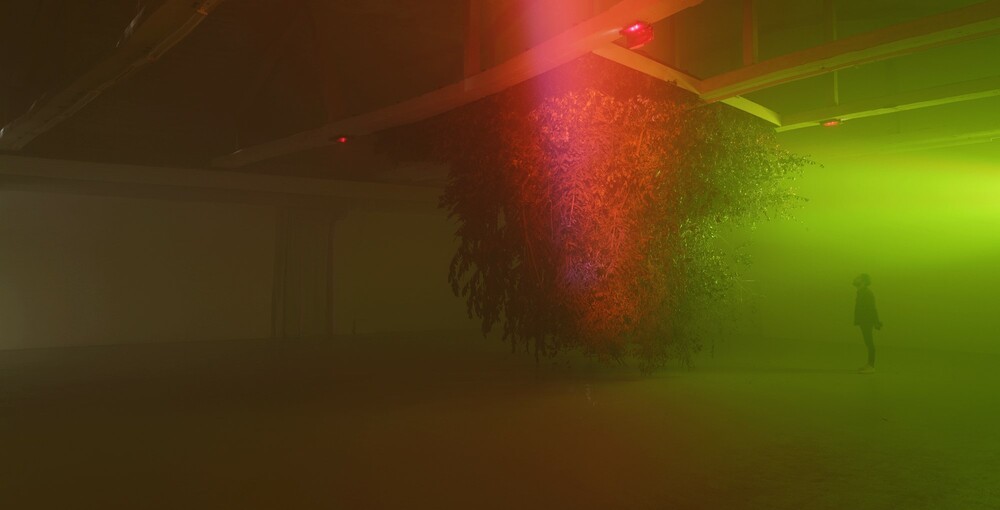 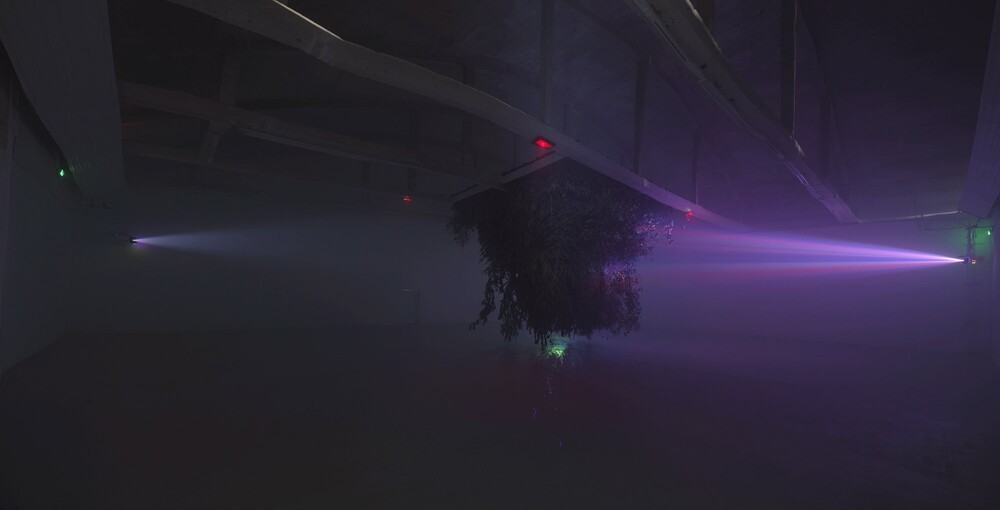 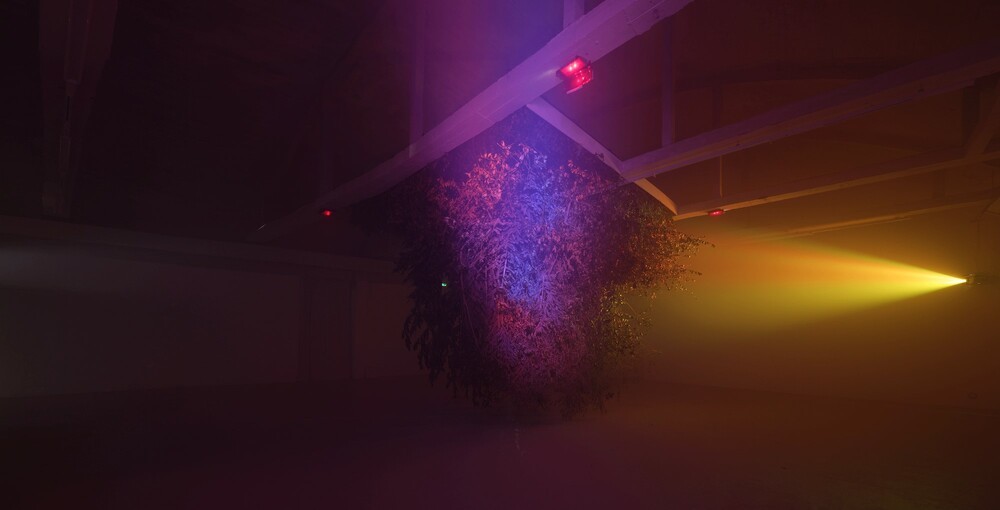 Installation dwelling on electrical toxicity through a technicolor jungle inhabited by spectral organisms, ruins of voice and glimpses of filtered light. For three months, the simulation of a vegetation mechanism will render its decay visible through a plethora of branches and leaves — a suspended forest. The massive carcass of floral debris will be activated by the vibration of light, sound and gases exhaled by the organic process of decomposition, while the languishing centre of the construction is filled with technical colours and synthetic scintillation. The screen becomes a vegetal cluster; the surface of stalks and leaves mutated into a decadent container of digital optimism. The vibrational lymphatic network is stimulated by resonance, radiance and odor. In the coexistence of a sound system circuit of artificial voices an other accidental polymorphic organisms. Vocoder & Camouflage is an episode of a long–term investigation on subterranean acoustics, collective unconscious of the Earth and vertical animist machines.

JONATHAN ULIEL SALDANHA (Portugal) Sonic and scenic constructor, working with sound, stage and film, approaching within his work elements of pre-language, allopoiesis, generative choirs, landscapes systems, acoustic animism, echo and intra-cranial-dub. Between 2016/17 he presented the piece O POÇO at DDD Festival — RIVOLI Theatre Porto; the light/sound/vapor installation OXIDATION MACHINE at DoDisturb Festival — Palais de Tokyo, Paris and Serralves Museum Porto; and the piece PLETHORA for choir/electronic/resonant space at the festivals Out.Fest and Verão Azul, Portugal. Since 2009 he composed and presented a series of systems for choir/electronic/resonant space: KHŌROS ANIMA, SANCTA VISCERA TUA, DEL, SILVO UMBRA and PLETHORA. Furthermore he directed the piece JUNGLE MACHINE and co-created the pieces NYARLATHOTEP and REI TRILOGY presenting in venues like RIVOLI Theatre Porto, Serralves Museum, São João National Theatre Porto, Accès(s) Festival. He is the founding member of the art platform SOOPA, a visual, performative and sonic laboratory based in Porto and active since 1999. Co-founder of SILORUMOR music label. In 2012 he co-curated the program SONORES - sound/space/signal for Guimarães European Capital of Culture. Co-founder the electronic duo FUJAKO and director of the ensemble HHY & The Macumbas with whom he has played live at the festivals: Sónar, Primavera Sound, Amplifest, Circular, Milhões de Festa, Neopop and Elevate. His music is released under the labels SOOPA, Ångström Records, Wordsound, Silo Rumor, Rotorelief and Tzadik. The film/essay MÁQUINA DA SELVA was released by Serralves Museum Porto.